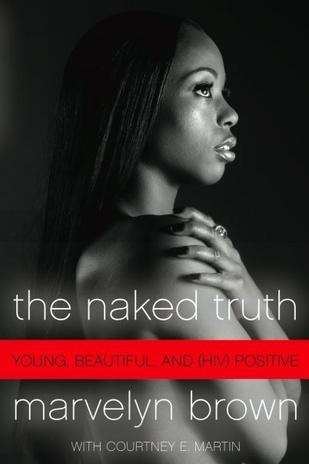 The surprisingly hopeful story of how a straight, nonpromiscuous, everyday girl contracted HIV and how she manages to stay upbeat, inspired, and more positive about life than ever before

At nineteen years of age, Marvelyn Brown was lying in a stark white hospital bed at Tennessee Christian Medical Center, feeling hopeless. A former top track and basketball athlete, she was in the best shape of her life, but she was battling a sudden illness in the intensive care unit. Doctors had no idea what was going on. It never occurred to Brown that she might be HIV positive.

Having unprotected sex with her Prince Charming had set into swift motion a set of circumstances that not only landed her in the fight of her life, but also alienated her from her community. Rather than give up, however, Brown found a reason to fight and a reason to live.

The Naked Truth is an inspirational memoir that shares how an everyday teen refused to give up on herself, even as others would forsake her. More, it's a cautionary tale that every parent, guidance counselor, and young adult should read.